HeyDeeRahma.com – Get Closer To Canada | This country has been on my travel list since my sister who lived in Japan now said that Canada has similarity with Indonesia in diversity. Canada offers multicultural culture, with life and work balance, and opportunity to get one of the best education systems in the world. Then after that, my imagination go thru so far about travelling or living in Canada. And searching more facts about Canada. Until someday Embassy of Canada for Indonesia invited me to an afternoon casual event in Jakarta to get knowing about Canada 150 more as social media influencers.

I’m impressed that Canada has reached their 150th-anniversary celebration this year. The number presents a mature country that has been through many things in all aspect. Compare to Indonesia 71th anniversary last year, definitely, our beloved country still needs to learn many things from Canada to be a powerful and solid country with the similarity in diversity and democracy.

To celebrate this Canada 150th Anniversary, they provide us–the guests–different presentations that highlighted Canada’s contribution in Indonesia and launch the four themes of Canada 150th Anniversary: diversity and inclusiveness, environment, youth, and reconciliation with Indigenous peoples. Hmm, I’m so interested in diversity topics, because it feels like Indonesia, but it is from the different place in the earth…

Canada Got My Attention After That…

Thru different presentation, I finally know that Canada has contributed around 39 Trillion to create thousands of jobs for Indonesians. Both Canada and Indonesia also enjoyed the role as leading peacekeeping contributors through APEC, G20, and UN. I can say that I’m proud Indonesian hearing this good news!

Canada also one of the world’s oldest democracies and a model of diversity and inclusion. Well.. No wonder, so many people around the world choose Canada as their premier destination to visit, study, invest, work, and live. Including me If I have the chance to move. LOL. Fyi, until this year, around 1,300 students from Indonesia are studying in Canada.

No one is ever too young to be a leader. Canada encourage young people to become active in communities – Ambassador MacArthur #Canada150

In this event, involved also the Canadian friends and alumni as represented by Indonesia-Canada Chamber of Commerce (ICCC) and the Canadian Alumni in Indonesia (Calindo) that giving me the enlightenment about how it feels living in Canada. I also knew later that Canada has such a beautiful Lake Moraine in the Rocky Mountains, and has the local tradition in Kayaking linked to nature and indigenous people of Canada. Oh, don’t forget the Totem pole as an Inuksuk representing Canada’s indigenous people also.

By his presentation, Ambassador MacArthur said that this year is the best wonderful year to visit Canada because all of our local people celebrating 150th anniversary across the country. To celebrate this special moment in Indonesia, there will be a special event held by Canada Embassy for Indonesia throughout the year of 2017, including the marquee Canada Day celebration, which will take place in July in Jakarta.

As social media influencer covering some travel stories, I think I have the responsibility to share my audiences about Canada as travel destinations. I ever mentioned about Moraine Lake before. It is a lake fed by the glaciers in Banff National Park which located just outside of Lake Louise, Alberta. And about kayaking, it is a way of life as well as a tool for hunting and travelling for over 2,000 years according to Inuit oral tradition. Well, Inuit is an indigenous people inhabiting the Arctic regions of North America.

Canadian believe that if an individual mastery of the kayak, it measured as personal growth and connection to the community. It’s a symbol for Inuit to a way to explore landscapes, access natural resources, encounter animals, and socialise with the Inuit of other communities. Today, we can see Kayak has become the world’s most popular self-propelled watercraft. Visit also the landmark of Canada CN Tower, or trying new experiences in Canada like fishing, camping, or hunting like locals.

Last but not least… Canada and Indonesia have much in common: They are big countries with long coastlines; they are diverse and multicultural countries, who understand the value of “unity in diversity”, and they are also countries who strongly believe in democratic development and building open and prosperous societies. With so much similarities, both are working together in the spirit of mutual respect and friendship.

Happy anniversary 150th Canada! Thank you for involving me to celebrate this big year!

See you on the next blogpost. 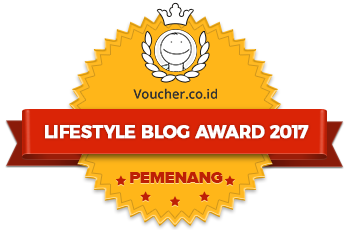 A Short Video About My Travel Experience In Kupang